Is there a “leader board” for bounties?

I just spent a little time looking at the leader board for History SE. Pretty fun to look at. Impressive as well.

Is there a way to see a snapshot of "all-time" leaders for bounties? a year-by-year comparison might be fun also. By "bounties", I mean a comparison of who has given the most.

Or is this something I will be able to see once I hit 5,000 points?

I don't think there is a default report, but you could always create a query using the Stack Exchange Data Explorer.

I haven't got round to playing with this yet, but it looks like it has the potential to be a really useful and informative tool. There are a large number of queries already in the system, so you could probably modify something to meet your needs.

The question Unidentified best bounty hunter? on Meta:SE includes a query that I copied and ran on History:SE:

This got the following results for an "All-time Bounties Leaderboard": 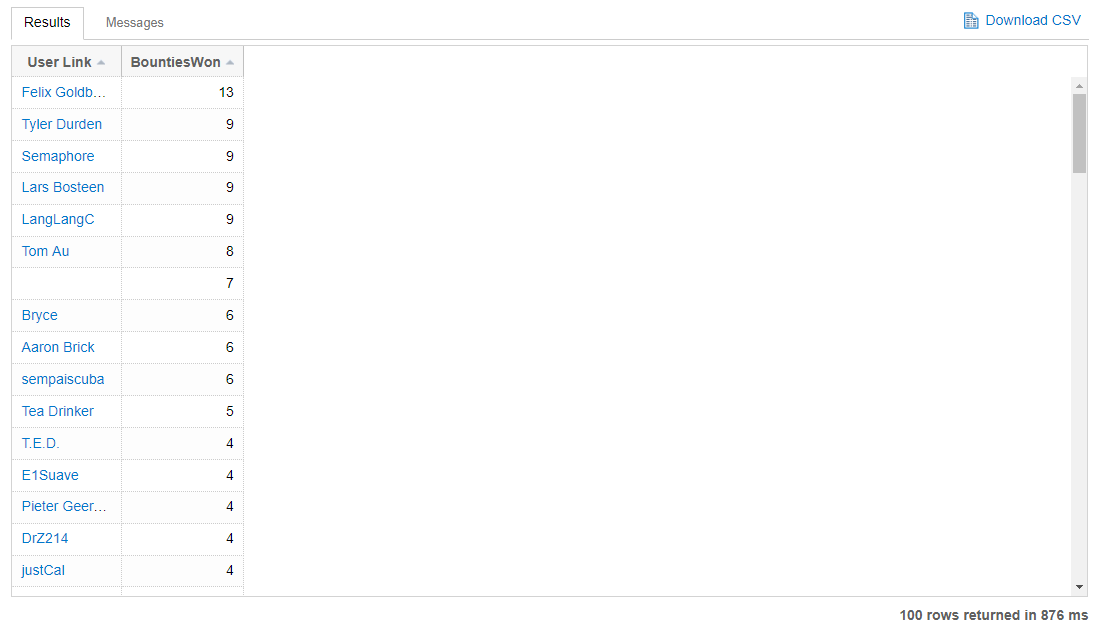 Restricting the date may be a little more tricky. I think I can restrict by the post creation date using something like:

(remembering to use the US date format), but, of course, a bounty could be awarded long after the actual post was created.

The pre-existing query Top 100 users ordered by offered bounties gets a list of the users who have offered the most bounties, and the total reputation offered in bounties: 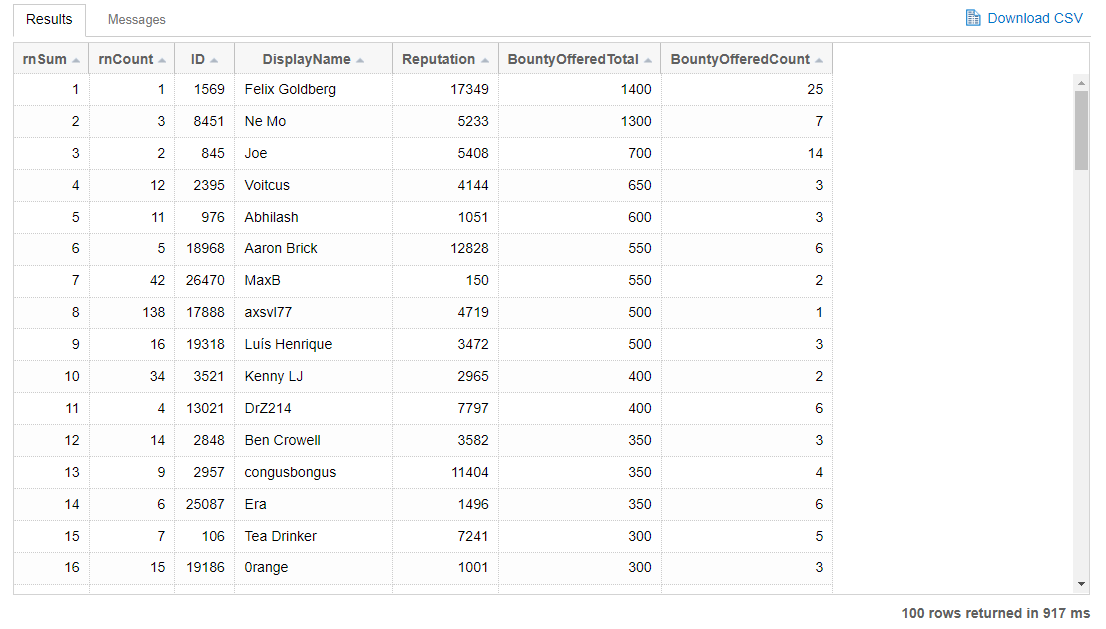 This got the following result: 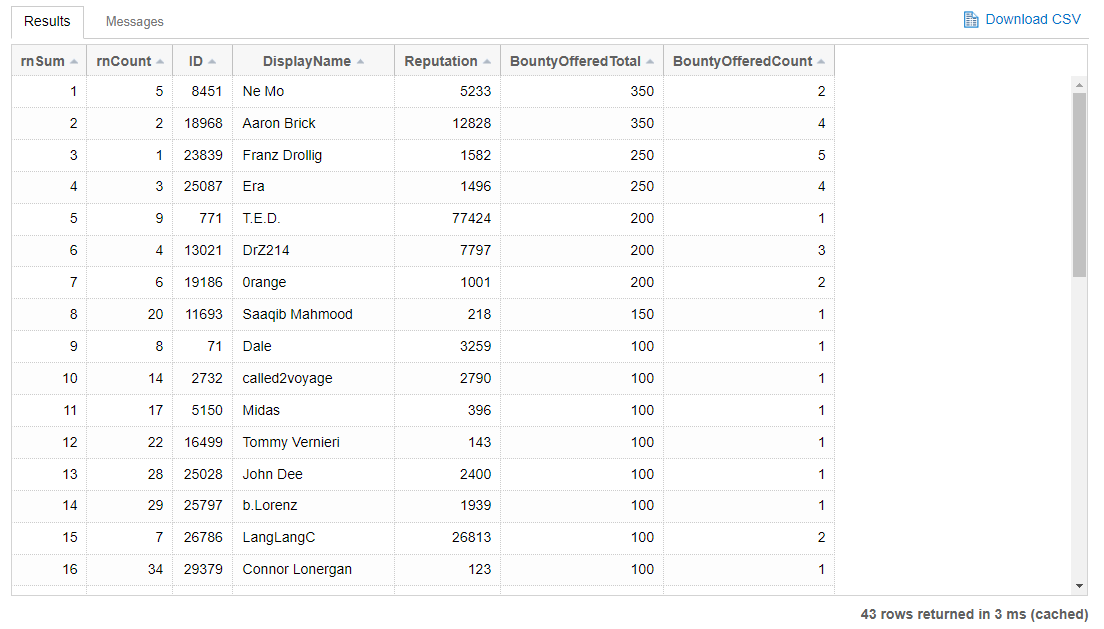 Changing the date range and re-running the query would then get you your year-by-year comparison.

I don't know the answer to the main thing you're asking. However, this answer goes over the reputation rewards. As we are an ungraduated site, it appears the only privilege you're lacking with 4K < rep < 5k is the ability to see the site analytics.

11
When should a comment be flagged?
10
Feedback from a newbie
3
Does the fact that comments aren't anonymous discourage people who downvote from explaining why?
5
Unanswered questions with answers or partial answers in comments
6
How to improve feedback?
6
Creating / adding new tags for existing questions without swamping the home page
8
Requests for references
2
Who decides whether a question is “Too basic” and don't you think that is counterproductive?