A distinguishing characteristic of these sites is how they are moderated:

We designed the Stack Exchange network engine to be mostly self-regulating, in that we amortize the overall moderation cost of the system across thousands of teeny-tiny slices of effort contributed by regular, everyday users.
-- A Theory of Moderation

While there certainly are Moderators here, a significant amount of the moderation is done by ordinary people, using the privileges they've earned by virtue of their contributions to the site. Each of you contributes a little bit of time and effort, and together you accomplish much.

As we enter a new year, let's pause and reflect, taking a moment to appreciate the work that we do here together. And what could be more festive than a big pile of numbers? So here is a breakdown of moderation actions performed on History over the past 12 months:

¹ "Community" here refers both to the membership of History without diamonds next to their names, and to the automated systems otherwise known as user #-1.

³ A "destroyed" user is deleted along with all that they had posted: questions, answers, comments. Generally used as an expedient way of getting rid of spam.

⁴ This counts every review that was submitted (not skipped) - so the 2 suggested edits reviews needed to approve an edit would count as 2, the goal being to indicate the frequency of moderation actions. This also applies to flags, etc.

⁵ Includes close flags (but not close or reopen votes).

⁶ This ignores numerous deletions that happen automatically in response to some other action.

⁷ This includes comments deleted by their own authors (which also account for some number of handled comment flags).

Wishing you all a happy new year...

Account Destruction is currently our preferred method of dealing with unregistered new posters making bad-faith posts on heavily trolled topics. If an account was made with the intent to post destructive content, we aren't playing around.

Yes, that means spammers too, and theoretically other racist nationalists or self-centered propagandists as well. However, effectively today and for the last few years, it means Nazis. They are the ones attacking us almost daily, so they are the ones actually getting this treatment.

I think I remember one spammer getting destroyed last year. There may have been more the other mods took care of I didn't even notice (because they are that damn good). But effectively, yes you can take that number as the number of Nazis destroyed last year.

Use the link for last year's report, and you might notice that this is 20% more Nazis destroyed in 2019 than in 2018. So its a legit observation that our Nazi attacks have been getting worse.

Shog9 confirmed on Twitter that this jibes with their observation (presumably network wide). Its not that SE aren't doing anything at their level to help. Its just that the problem has been ballooning.

Any student of history reading this knows what our grandfathers and grandmothers, the so-called "Greatest Generation" had to sacrifice fighting Nazisim. Fighting Nazis here and now, where its relatively easy, is the least we can do to honor that sacrifice.

I don't want to leave this on a down note, because the fact is we (and by "we" I mean this site as a whole) have been doing a damn good job of keeping this site clean, in the face of what is probably at its root a global societal problem. Perhaps you can't vote out your local Nazis at home, but here is a place where you have the power to fight, and are so far winning.

Few of the actions compiled here were completed by diamond mods acting alone. Even account destructions were almost always flagged by users first. On occasion this even worked so quickly that the account was destroyed before the offending post hit the Time Machine.

You all are badass.

I'll leave you with Woody Guthrie's feelings about that "flag" button. 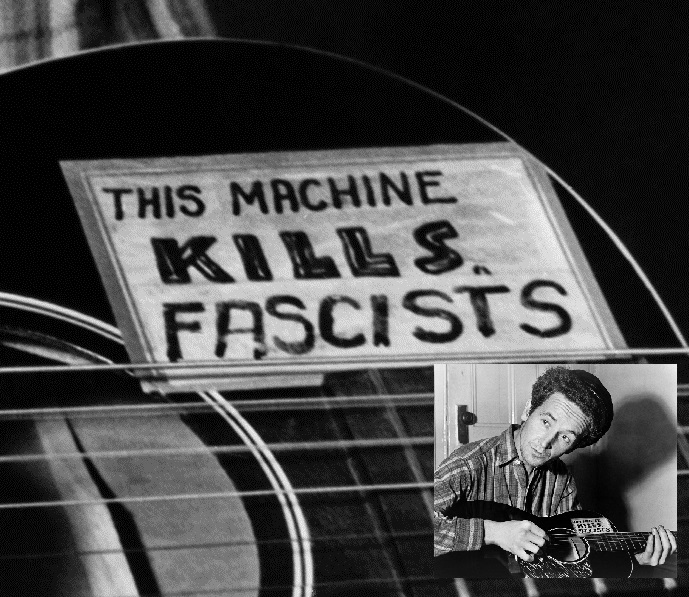 Not the answer you're looking for? Browse other questions tagged discussion moderation statistics .

11
When should a comment be flagged?
16
Are we sufficiently supportive towards new users?
10
Standard comment situations: suggestions for close votes and down votes
2
How is History SE not like Skeptics SE? How to best parse this phrase?
6
2020 Moderator Election Q&A - Questionnaire
27
A Cautionary Tale
8
2020: a year in moderation